Does your training prepare you for:

If not then is does not adequately prepare you for the eventualities and ‘real life’ attack patterns of violent aggressor. Violence takes many forms and they do not all look like long range kicks and punches.

Taekwon-do is a Fantastic art that deals well with all manner of long distance attacks. But modern training has become very sport orientated and doesn’t prepare the student well for the variety of ‘realistic’ attack patterns that we know violent aggressors use.

With the advent of social media and CCTV we now know that violence is horrible and takes many forms.  Anyone can become a victim of it. Youtube abounds with examples of people being victimised by violent criminals but violence does not look the same to everyone.  If you are a child or a lady in a domestic violence setting your idea of violence will not look much like the ‘trained doorman’s’ experience of the same thing.  Violence takes on many faces.  This is why it is essential to have the appropriate response trained to deal with the specific form of attack.

There is no point using a middle block if....

your abusive husband is dragging you around by your hair or a group of drunken lads are throwing pint glasses at you.  This is why for millennia martial arts from all round the world have included techniques to deal with all manner of violent encounters.  All good martial arts have techniques to answer the question “what if they did this instead?”. 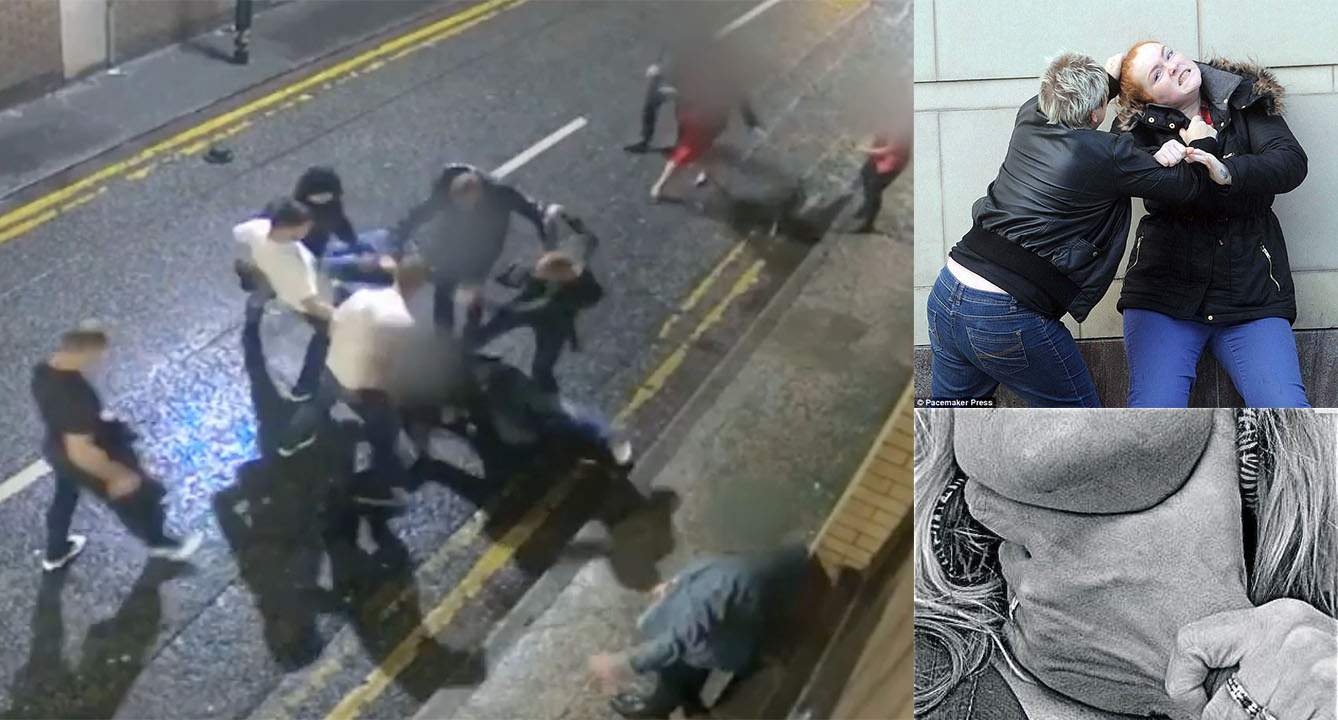 However, many TKD students these days never get past the long range blocking and kicking and thus are not prepared adequately for the variety of physical and psychological challenges that violence presents.  In the ‘Good old days’ before the Internet instructors would tell their students that

This implies that if either of these things happen it is because you were not a ‘real’ martial artist and that it was somehow ‘your fault’.  We now know with YouTube and MMA that most violence, sport or otherwise, quickly devolves into grappling if a decisive blow is not landed within a few seconds.

The fact that modern Taekwon-do does not address these needs, causes many students to QUIT TKD and study other arts such as Krav Maga or Brazilian Jujutsu that do.

Should you QUIT TKD and study another art instead?

There is no need as TKD does in fact contain all you will ever need to defend yourself.

It's hidden in plain sight…Its in the patterns. No need to go on a journey of discovery as I have already done this and can show you where to LOOK and how to SEE!

Clink the video below to see the trailer for the course 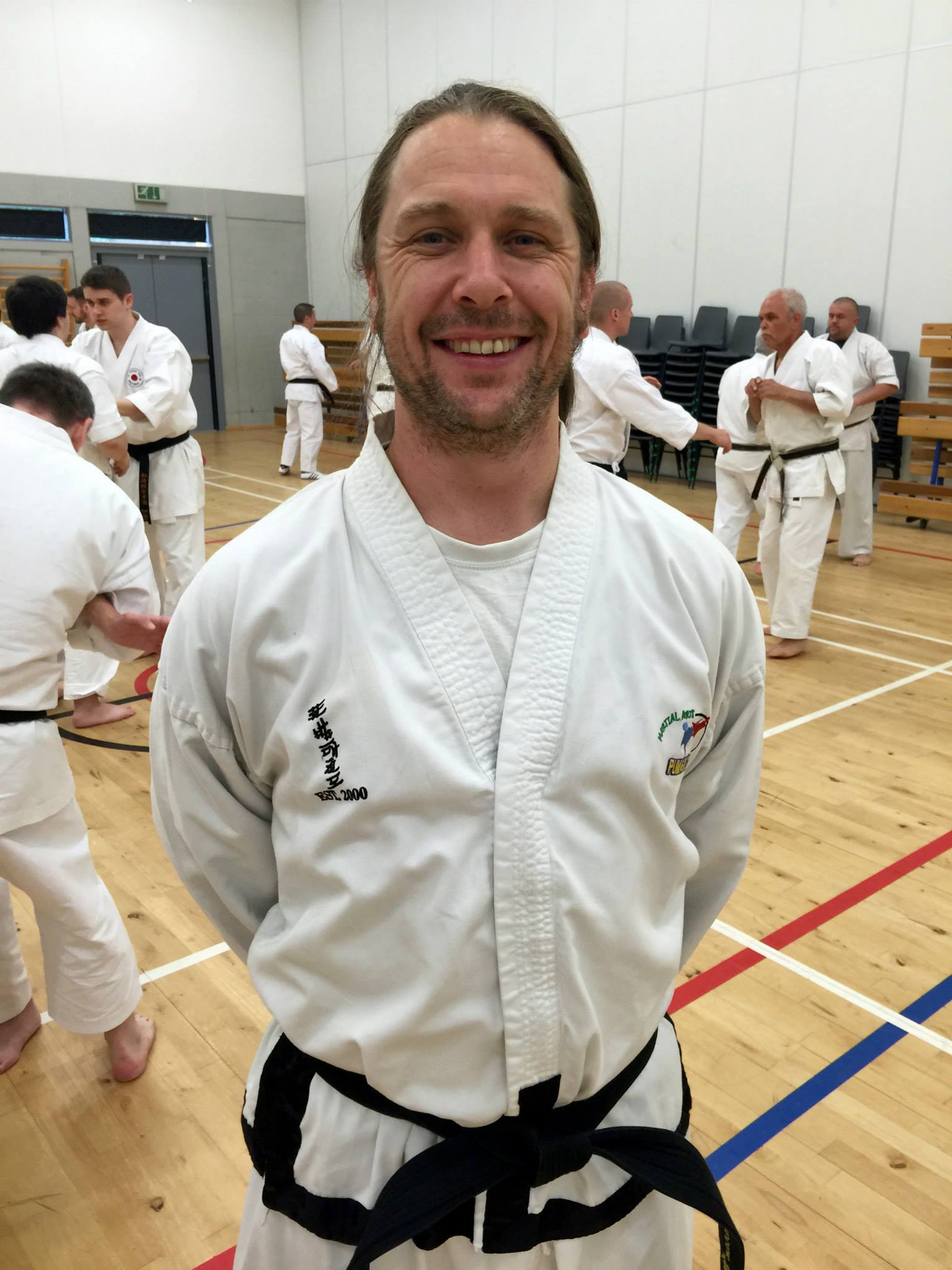 My Name is Ciaran McDonald M.A., M.Ed.  I am an academic, celebrated author and martial arts nut.

I started Martial arts in the 1980's when I studied karate.   But my true love is TKD and I have been involved with it for the last 20 years.  As a young man I competed regularly and spent huge amounts of time perfecting my side kick. I loved the sparring and the patterns but I always felt there was something missing.

As a child and a young man I had numereous violent encounters and though I never felt comfortable with violence I grew to recognise and prepare for the chaotic and frenetic nature of it.

However, it always perplexed me why my TKD training, which consisted predominantly of the heavily ritualised 3 step sparring or the rule bound arena of free sparring, never looked anything like my encounters of ‘real world’ violence.

I felt unprepared and VERY vulnerable...

The more I trained the more worried I was that I would not be able to defend myself if I was attacked.  I suspected that the patterns had some great self defence but no one I met could confirm it.  So I went on a journey a discovery to confirm what I always suspected.

The patterns were the answer I was looking for

My journey took me round the world and I trained in many grappling systems and striking arts.  Many of these arts seemed to have some of the answers but none had all of what I was looking for until I met Patrick McCarthy 9th Dan in Koryo Uchinadi.  Through him I learnt an old form of application based karate which dealt with all manner of violent encounters in a systematised and hands on way.  I learnt:

All the bits that were missing from TKD.  I suddenly felt I was not vulnerable and had no gaps in my defences.  Not only that but the Old School Karate was so similar to the TKD patterns that I began to learn

The 'REAL' and secret self-defence applications from the patterns

and what they all meant.  I began to see that hidden within plane sight, within the patterns of TKD, were all the self defence techniques I would ever need to defend myself.

Though I was already a 3rd degree and Instructor in Taekwon-do I decided to gain my blackbelt and teaching qualification from Hanshi Patrick McCarthy 9th Dan and in 2012 I opened my own school teaching Koryu Uchinadi (KU).  I was now an instructor in both TKD and Old School Karate.

Thats why I founded 'Old School Perspectives on Taekwon-do'

Inspired by this need  I wrote and published a critically acclaimed book: "Old School Perspectives on Taekwon-do"  designed to help the TKD world find the most effective self-defence in the TKD patterns and make it ready for self-defence in the ‘real world’.

This book got 10 out of 10 from four Grand Masters and numerous  masters. 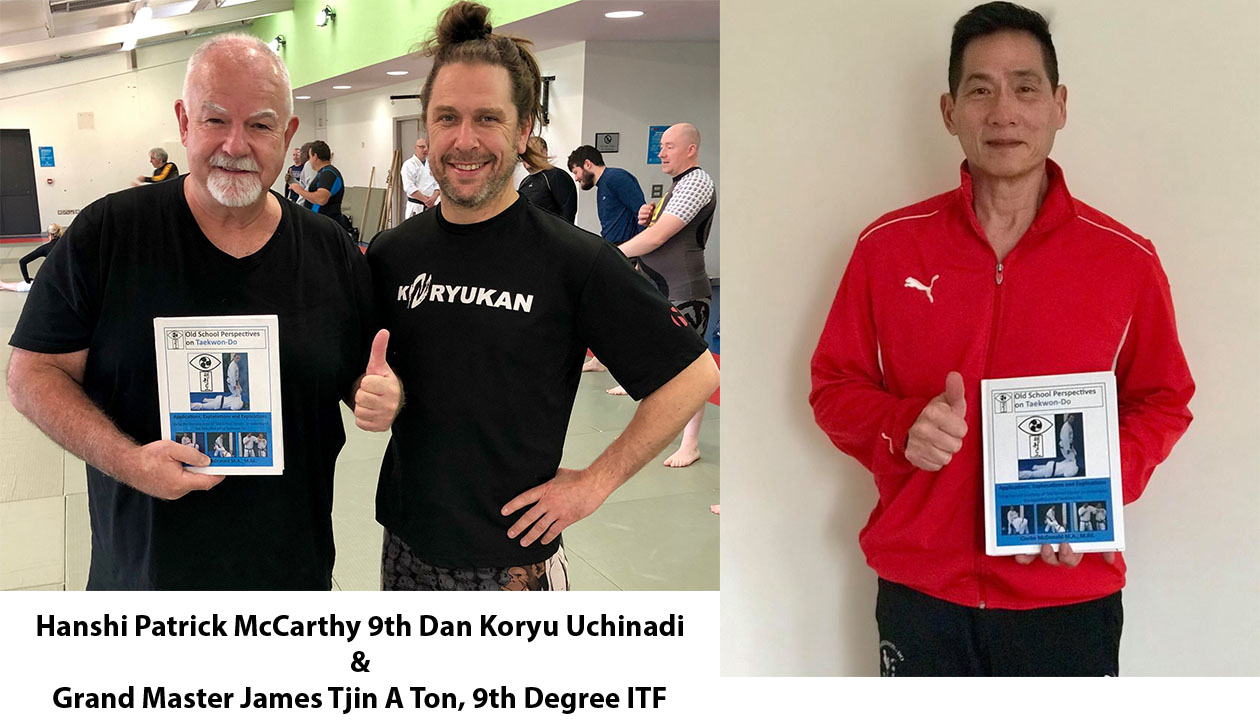 I used this knowledge to design online courses to bring the secrets to the TKD world and help people find the ‘real’ self-defence in the beautiful patterns of TKD.

This is what this course offers:

Don’t study another martial art to learn effective self-defence.  Find out the secrets of the Taekwon-do patterns and learn everything you will ever need to defend yourself!

I'd like to thank Ciaran for this. In my opinion it's what Taekwondo needs....because there are some explanations in the Encyclopedia that don't make sense. However, the dvd on Joon gun is a good piece of work that all Taekwondo Instructors and students should have in there dvd reference library! Loving the work 10/10 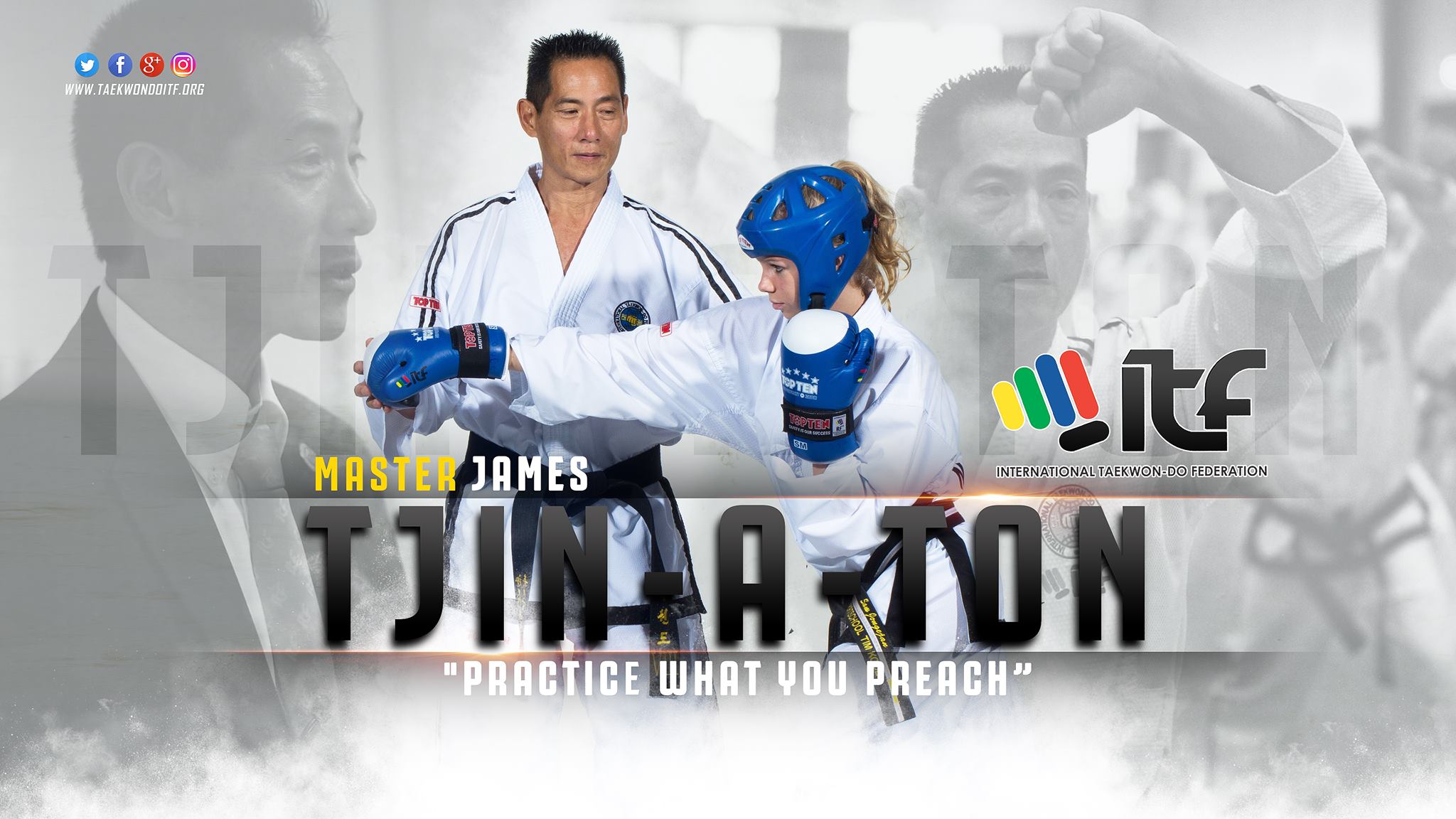 Your Book is Great

Your book is great and i recommend this book to all students of ITF Patterns to open their mind and not only for applications of the patterns by our founder General Choi Hong Hi. 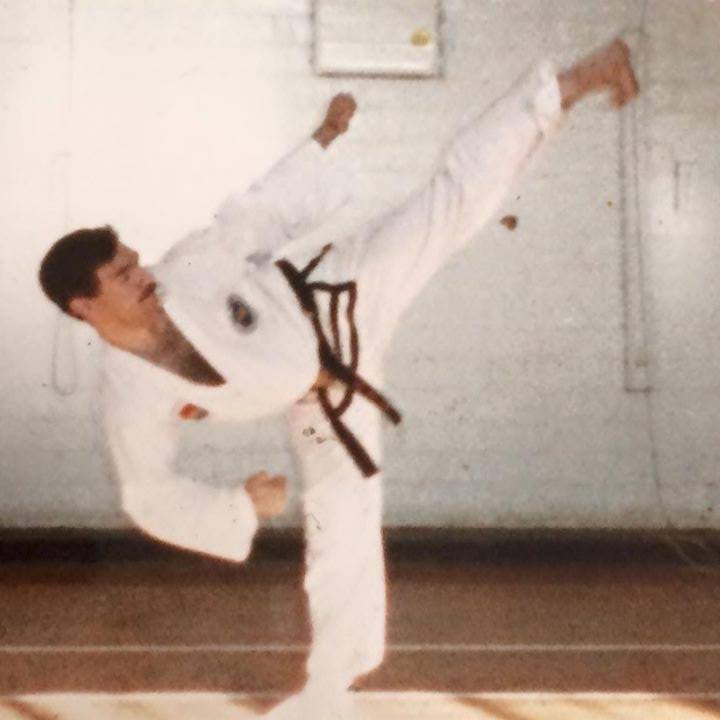 One of the best book I've read on TKD

It is one of the best books I've read on Tae Kwon-Do. I started Judo at an early age, then Shotokan Karate, leading onto Tae Kwon-Do, so I can see where the author is coming from re his presentation of various techniques. I certainly enjoyed reading this excellent presentation of the history of the development of the International Tae Kwon-Do Federation and the patterns. It is a pleasure and an enjoyable experience to read and I recommend this book to all I rate this book 10 out of 10 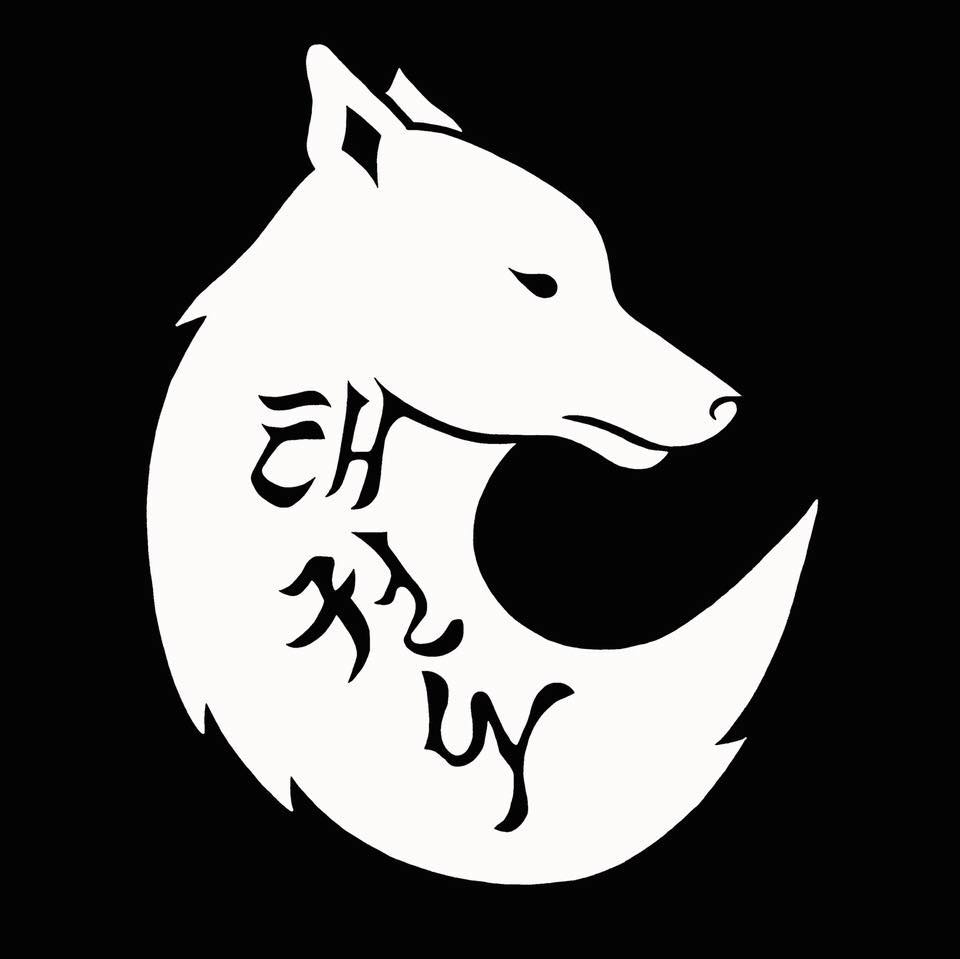 Clear and to the point. not all applications will suit all people, but its a great starting point to examine the combinations within the Tkd patterns. I love the way Ciaran’s dvd details drills for an entire pattern, rather than just picking the odd combination here and there which a lot of youtube videos do, and missing out the ones that are "difficult to decipher". Was pleased to see that the method of using the chamber position for blocks as the block itself before using the blocking movement to strike or grab the attacker, as this is a method I already use myself. I’m now revisiting this review and adding to it! Since my original one, I’ve purchased both Ciaran’s book and also his online blocking course, in addition to the Joong Gun dvd. Both book and online course are well researched and presented, and as always the emphasis is on using TKD to deal with HAOV (Habitual Acts Of Violence). This is just the sort of resources that the TKD community need to make TKD complete. The Old School Perspectives series of resources is the WHY we do it to General Choi’s HOW. While not everyone will agree with the methods and information presented, it will be thought provoking to all and should make students and instructors re-examine their syllabus. 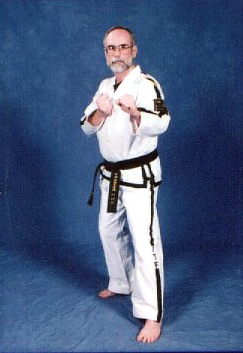 Should be REQUIRED reading

Should be REQUIRED reading for all Ch’ang Hon black belts from 9th dan down. Kudos to Mr. McDonald for exposing the short comings of “our” art. 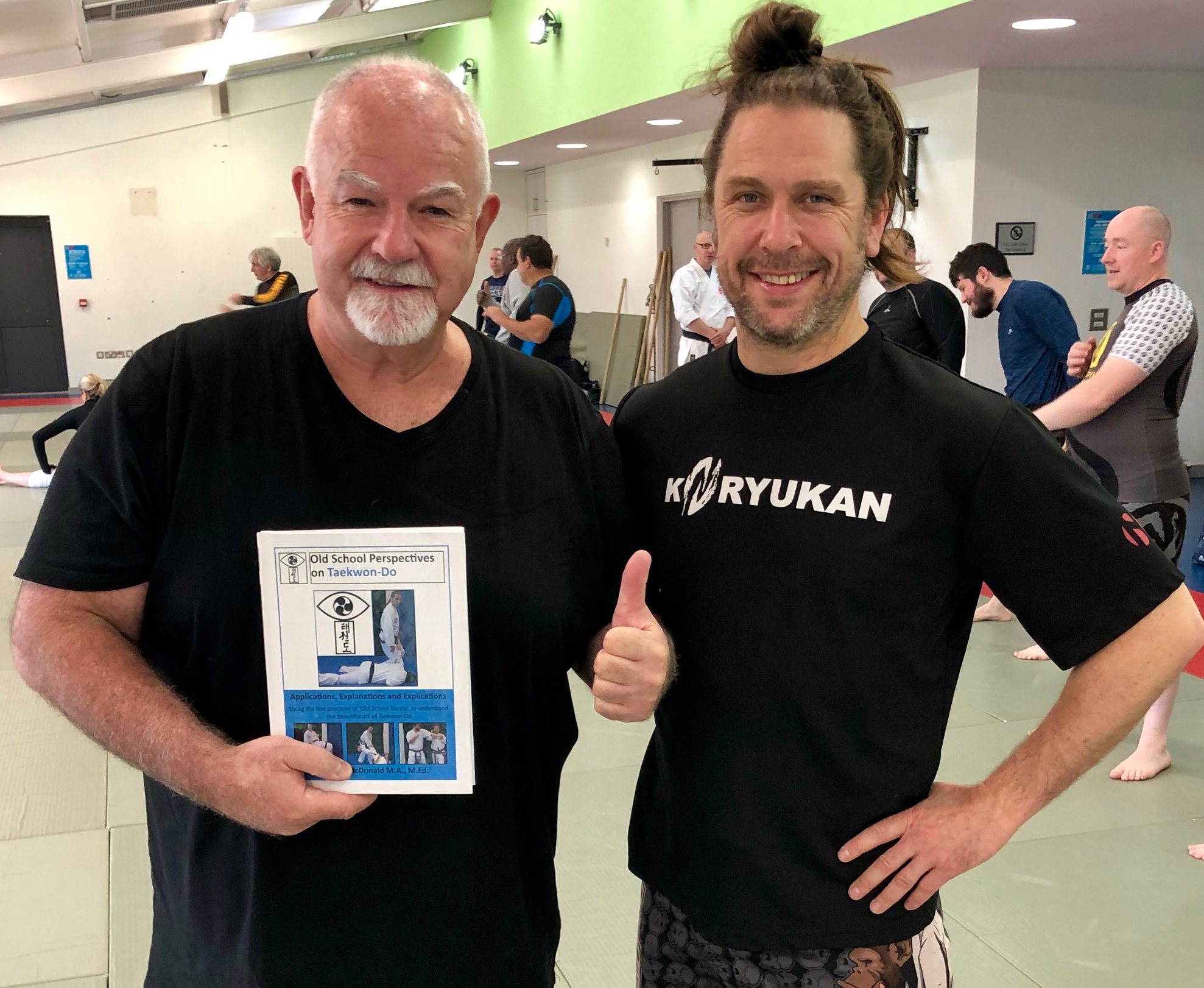